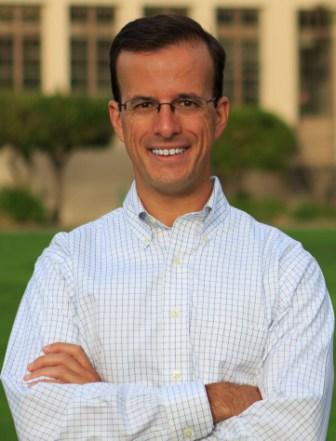 Marc Berman was elected to the California Assembly in November 2016 to represent the 24th District, which includes southern San Mateo County and northern Santa Clara County in the heart of Silicon Valley.

In the Assembly, Marc has been a leader on efforts to protect our elections systems from cyber attacks, expand the rights of sexual assault survivors, renew the promise of an affordable, accessible, high quality public higher education for all California students, increase awareness and resources for youth mental health and suicide prevention, and make sure that every Californian is counted in the upcoming 2020 Census.

As Chair of the Assembly's Elections and Redistricting Committee, Marc has authored bills to protect voters from deceptive elections practices, make election information more accessible to voters, and improving election cybersecurity and campaign finance disclosure. Marc authored AB 3075 to create the Office of Elections Cybersecurity, which will be responsible for protecting election infrastructure from cyberattacks and for counteracting misleading information about elections.

Leading the effort to revise California's policies around public higher education, Marc created and chairs the Select Committee on the Master Plan for Higher Education in California, which is taking a methodical review of the 1960 Master Plan to ensure that California’s higher education system works for students in the 21st century economy.

In addition, Marc was appointed to chair the Select Committee on the Census, leading the Assembly's efforts in preparing California for the 2020 Census. It's critically important that every Californian is counted in the Census, which is used to determine the number of seats each state has in the House of Representatives as well as distribute more than $675 billion of federal funding every year to state and local governments.

Prior to his election to the State Assembly, Marc was an elected member of the Palo Alto City Council. A lawyer by training, Marc also worked at the Silicon Valley Education Foundation, a non-profit focused on STEM education and closing the achievement gap in public schools in Silicon Valley.

As chair of the Finance Committee, Marc worked with the Office of Management and Budget to create the Budget in Brief. Rather than expect residents to sort through 800+ pages of budget documents, the Budget in Brief provides the public with an easy to understand 7-page overview of Palo Alto’s $470 million budget, increasing transparency and public awareness of how their money is spent.

Marc graduated from Georgetown University with a degree in Political Science. While in college, Marc served as a summer analyst in the Voting Section of the Civil Rights Division of the Justice Department. Marc went on to graduate from law school at the University of Southern California, where he was elected president of the Student Bar Association and served for two years on the Southern California Law Review.

Prior to his work in the non-profit sector, Marc was an attorney with Latham & Watkins LLP and Merino Yebri, LLP. Marc has successfully represented pro bono clients seeking protection under the Violence Against Women Act, asylum in the United States due to political persecution in the Democratic Republic of the Congo, and has served as pro bono counsel to Spark, a national youth development non-profit.